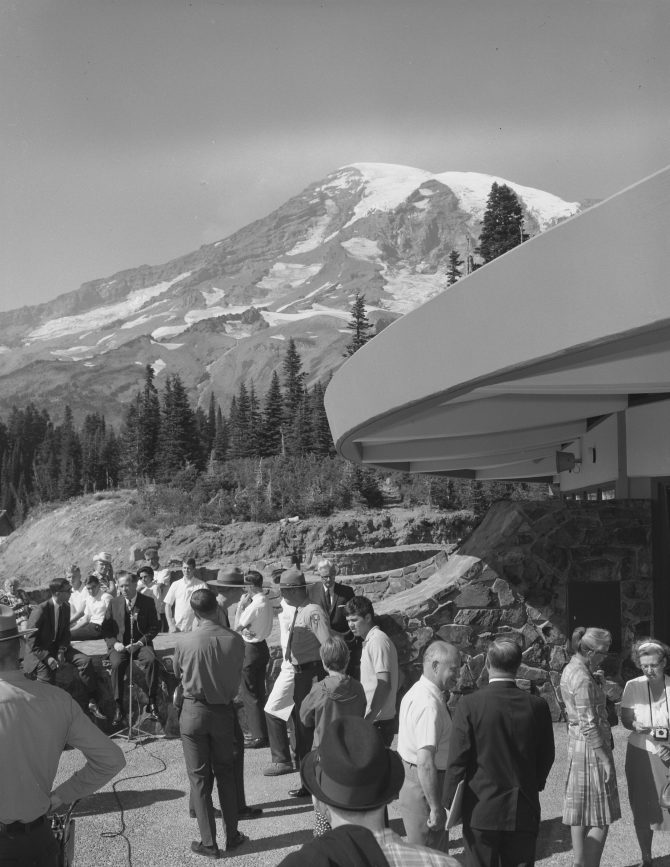 The opening of the visitor's center at Mt. Rainier on September 3, 1966 drew a large crowd of visitors and dignitaries, including Congressman Floyd Hicks, Director of the National Park Service George B. Hartzog, Jr., and Tacoma city manager, David Rowlands. Senator Henry Jackson, a principal speaker at the event, is shown here being interviewed while seated on a rock wall.The visitors center would later be renamed in honor of Senator Jackson.  goo.gl/UA9UI3