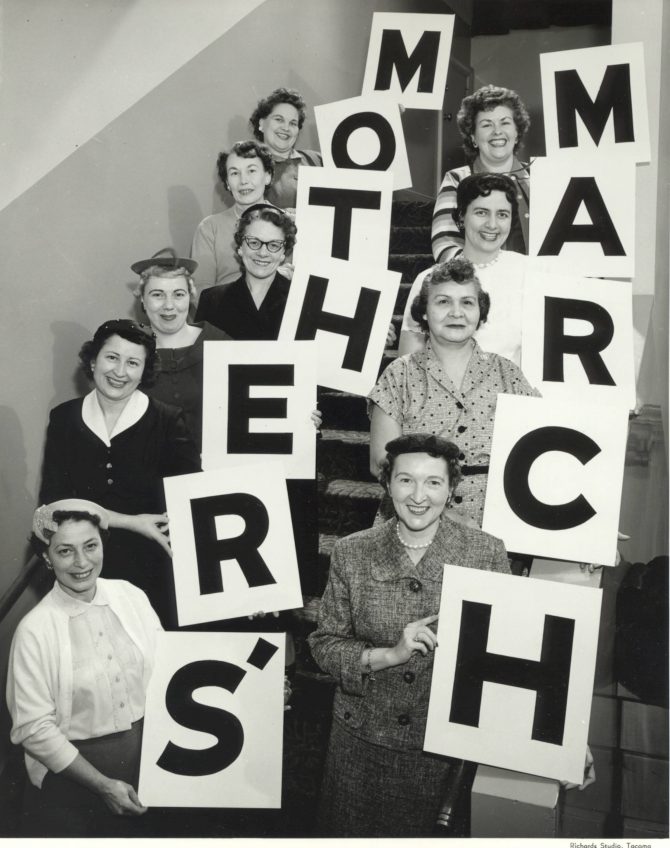 On January 20, 1958, ten women posed on the steps of the Tacoma Athletic Commission's headquarters on Ruston Way to support the Mothers March of Dimes annual campaign. Pierce County was very active in collecting funds for the March of Dimes, with areas of the county divided into several sections and campaigns carefully planned to solicit donations. These women would join other women across the nation later that month for the traditional grand finale of the drive.