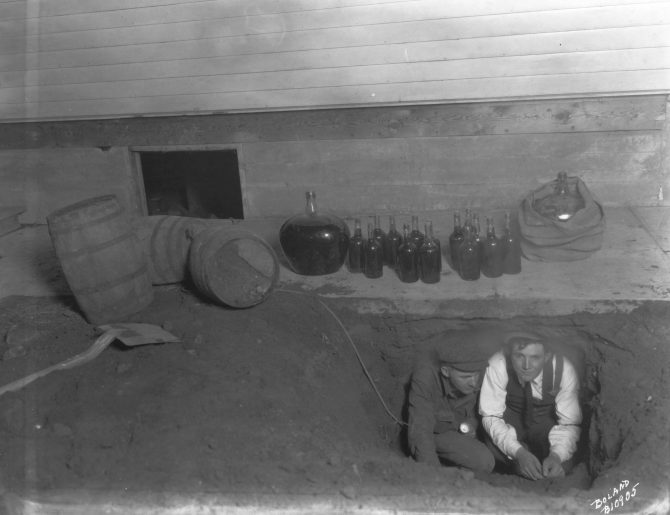 H. L. Phillips and Willliam Farrar of the city dry squad are shown emerging from the tunnel dug under the home at 7813 A St. on September 6, 1924. The residence was raided that Saturday afternoon and after two hours of searching, elaborate moonshine stills were discovered and confiscated. Barrels, bottles and other distillation apparatus along with a shovel are pictured above. The stills and other equipment, including 200 gallons of finished moonshine, were taken as evidence. One man was arrested in the raid.