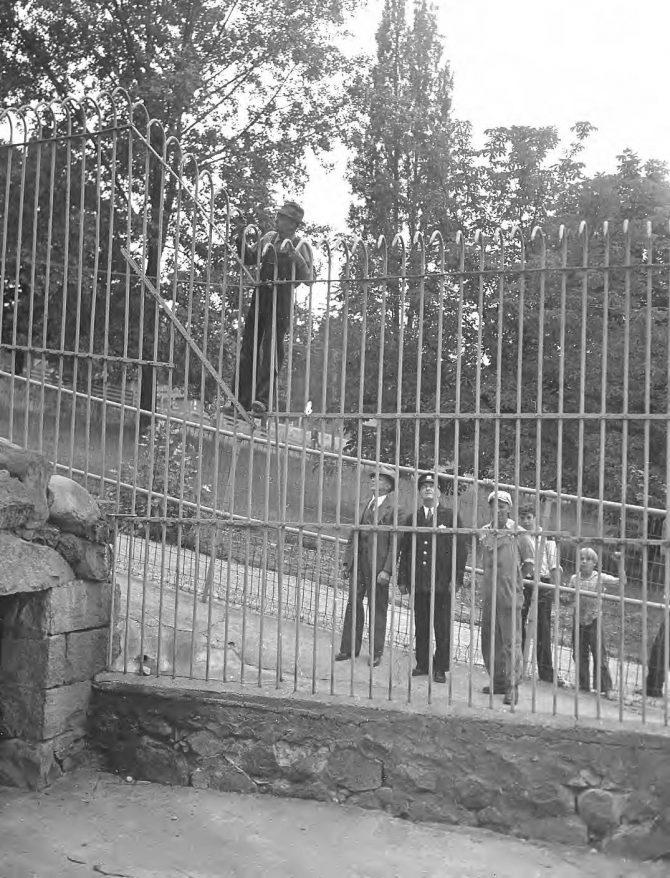 Not wanting to cause a panic, the management of the Point Defiance Park zoo did not immediately notify the public when a 600 pound grizzly bear escaped from his cage in July of 1937. Several men inspected the bear's cage, but were unable to determine how he had managed to escape. The two year old grizzly was last seen by an unidentified woman near the park's riding stables. He succeeded in evading capture, and was never seen again.