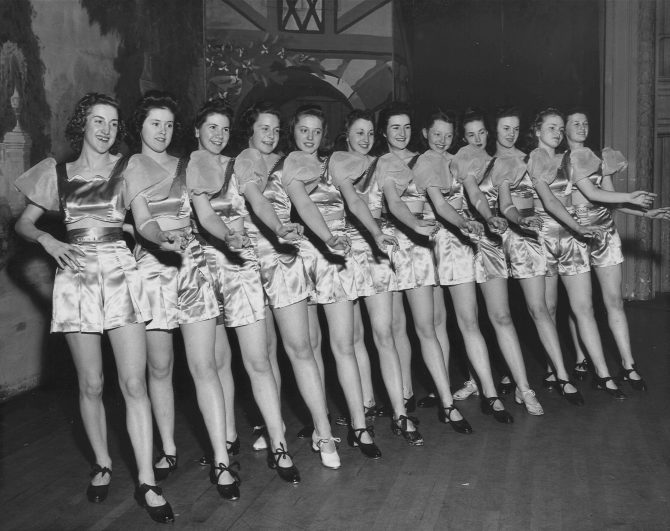 In March of 1941 the twelve members of the dancing chorus for Stadium High School's production of "The Merry Widow" posed in a Rockettes-like chorus line. This was the 29th annual production by the school's music department. A large student cast performed for the public from March 13-15 with the colorful costumes, dancing, and glorious music. "The Merry Widow" starred Donna Mae Tjaden in the title role; Donna would later achieve Hollywood fame as the actress Janis Paige.