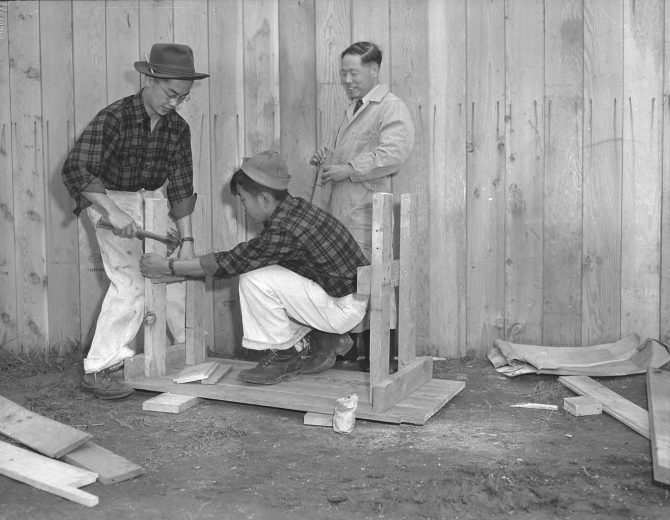 While interred at "Camp Harmony", in May of 1942, three unidentified Japanese Americans built their own furniture for their barracks "apartments." The Puyallup Assembly Center "Camp Harmony" had been constructed by the Army in less than 3 weeks. The living quarters were makeshift barracks divided into "apartments" consisting of a single room no larger than 18 x 20 feet in which a whole family of up to 7 would live. Furnishings consisted of one army cot per person. Each "apartment" had a stove for warmth, one bare bulb hanging from the ceiling by a wire for light and one window. There was no running water. Toilets and showers were communal with no privacy dividers, until the Japanese built them themselves. As Spring passed, the detainees scrounged wood and tools and began constructing rough tables and chairs. Homes were created in the rough surroundings.