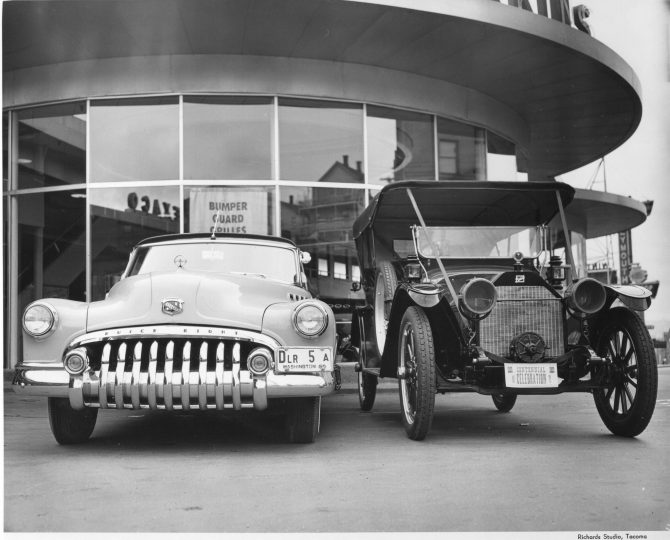 The newest in automotive beauty and power was posed with the old in this photograph taken in front of the Mueller-Harkins Buick dealership at 455 Saint Helens Avenue on May 4, 1950. The car on the left is a 1950 Buick Eight sporting a "bumper guard grill"; the car to the right is a Model 31 Buick that was manufactured in 1912. The vintage Buick had been driven to Tacoma from Olympia during Olympia Centennial Week by its owner Cecil Barker, a Buick dealer in Olympia. The modern Mueller-Harkins dealership on St. Helens had opened at the end of 1948.