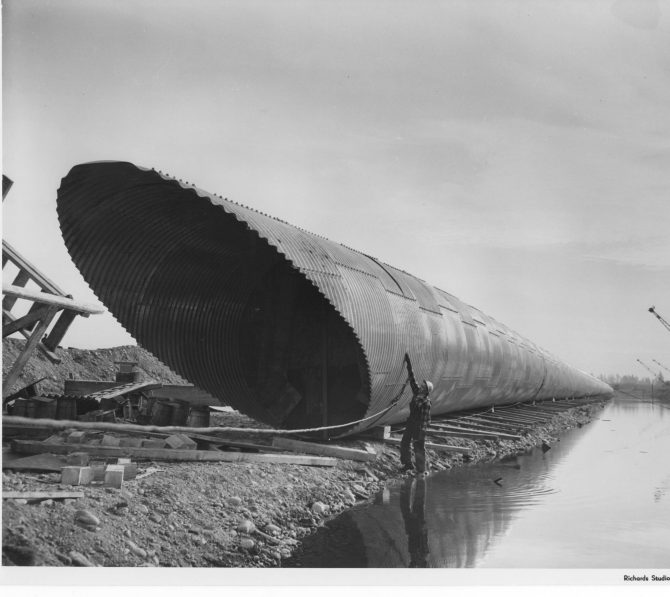 Before the U.S. Air Force could extend the runway at McChord field they had to do something about the runoff from Clover Creek, which crossed the field on which they planned to build. In March of 1951 a 12 foot high, 1,500 foot long culvert was rolled into the creek bed to carry the creek's water under the new runway. Built under the supervision of Woodworth & Co. of Tacoma, the giant pipe was 12 feet in diameter and capable of handling 1,264,700 gallons of water per hour. It could withstand the pressure of 160 tons per running foot and it weighed approximately 386 lb. per running foot. After being lowered into the creek, it was covered with 10 feet of dirt fill and the cement runway extension was built above the fill.