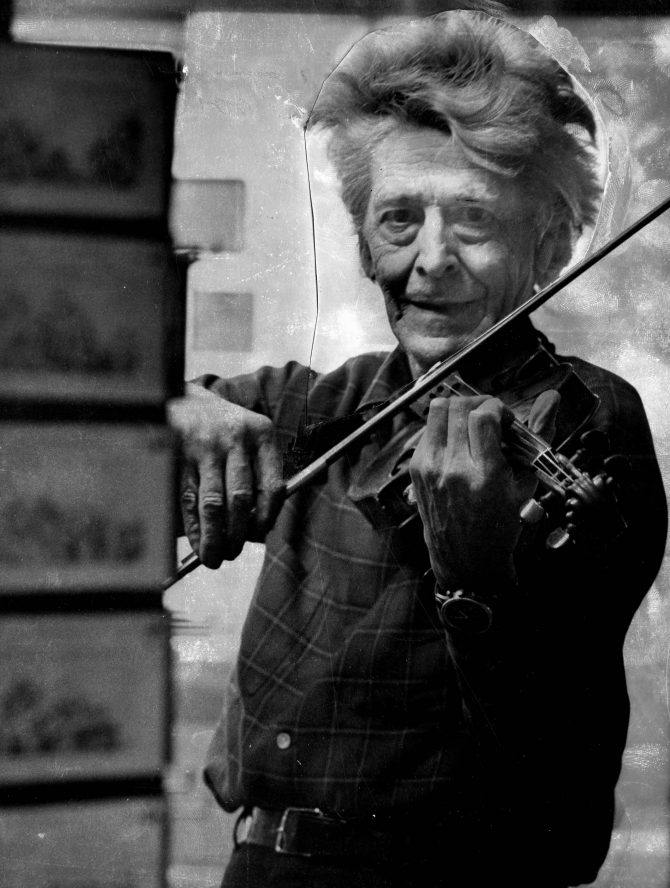 Leonard O'Toole - Bostonian Irishman with his violin now calls Tacoma home. According to Rod Cardwell's "Faces and Places" column dated November 18, 1970, Mr. O'Toole called himself a dreamer and a wanderer. Originally from Boston, he came to downtown Commerce Street in 1968 and opened his coin and stamp shop which also sold antique violins and other old instruments. He had been on the move all his life: from Boston to Canada as a youngster, fished the Grand Banks for herring and dove for lobster, entered show business as a traveling musician who played the sax, accordion, banjo, clarinet, mandolin and trumpet, worked in the West as a cowboy and miner and played semi-pro baseball. He had traveled the world as a sailor, soldier and tourist.This was not his first stopover in Tacoma. He had come here years ago when the sidewalks were still made of wood.