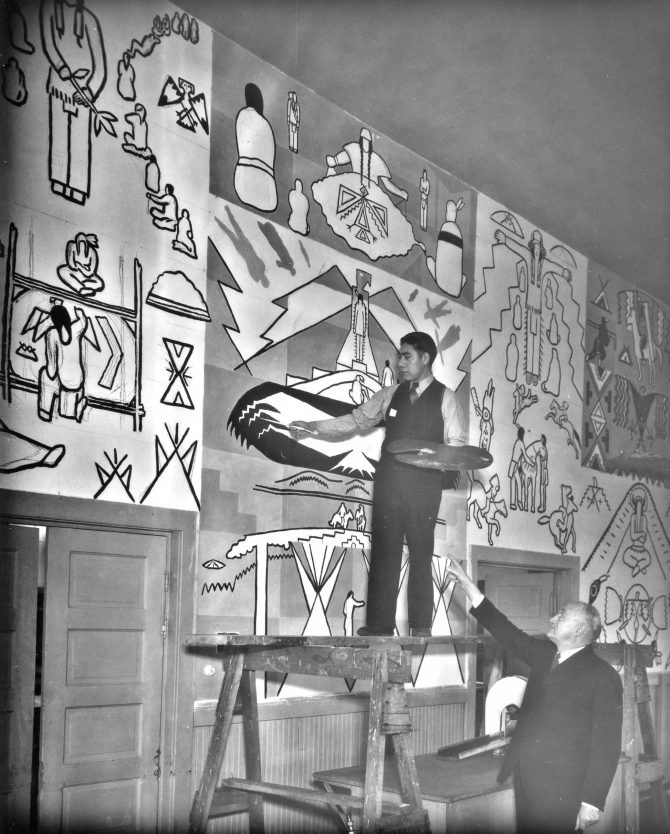 In January of 1937, Julius Twohy was photographed as he stood on a scaffold to create a mural across the 72 foot long dining room wall at the Cushman Hospital at 2002 East 28th Street. The young Ute Indian artist from Seattle paused in his work to explain the story in his "Indian writing" to Dr. John N. Alley, superintendent of the hospital. The art work was part of a Works Progress Administration (WPA) project. The mural, photographed here after three months of work, was projected to take another three months to complete. It told the legend of the Thunder Bird, the Indian weather god, in the language of Twohy's ancestors. The figures were outlined in thick black and would be filled in with brilliant red, blue, yellow and reddish brown. The artist was a member of the Ute tribe from the Uintah Basin in eastern Utah.