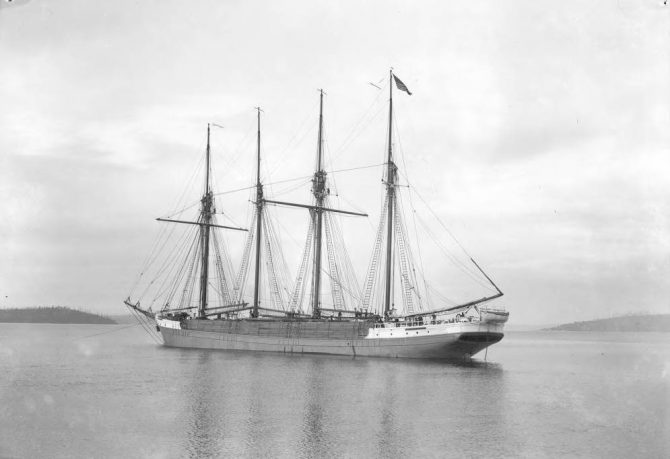 On April 15, 1931, after spending two weeks loading lumber and timber at the Defiance Mill, 4601 Ruston Way, the four-masted "Commodore" left port in Tacoma for the Hawaiian Islands. It was towed to the Straits of Juan de Fuca by the tug Goliath. The last of the off shore sailing fleet in regular service on Puget Sound, it was the first sailing vessel to visit Tacoma in more than two years. The wooden four- masted topsail schooner of 1,500 tons was built in 1919 by the JH Price Construction Co., a Lake Washington yard, for Norwegian owners and was named "Blaatind." By 1920, it was owned by a Seattle company and was renamed "Commodore." She sailed with lumber to Hawaii long past the demise of the remainder of the west coast sailing fleet. By 1942, she had passed through many hands to South African owners. They had her towed to South America and knocked apart for lumber to build houses.