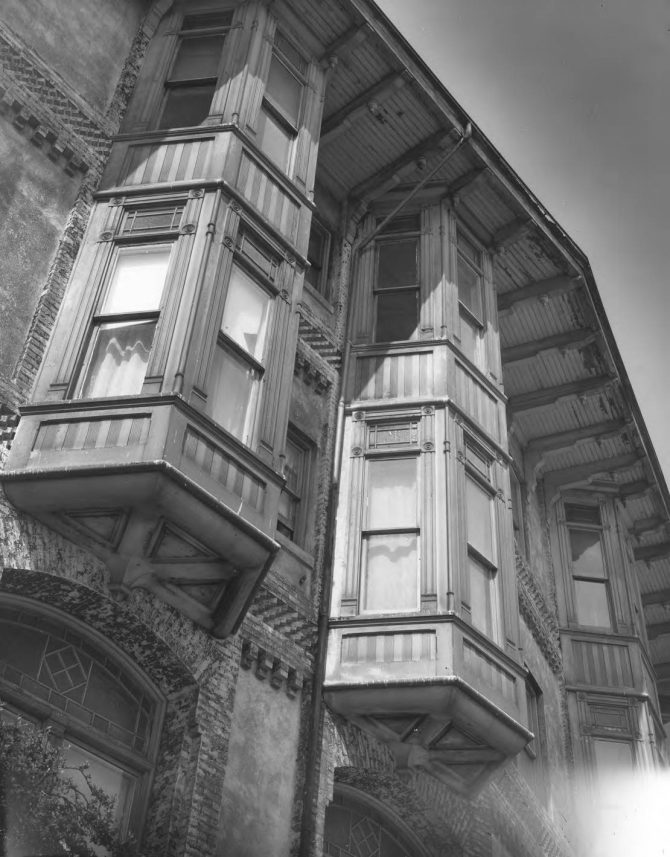 Bonneville Hotel. Looking upward at the deteriorating exterior rafters of the Bonneville Hotel, 109 Tacoma Ave. S, on August 21, 1965. Originally named the Rochester Hotel after its construction in 1888, it was renamed the Bonneville in 1906 in honor of novelist Washington Irving's character, Capt. Bonneville. Although renovated in the 1920's, and later purchased by Norton Clapp from the Hugh Wallace estate, the hotel finally closed in August, 1964, after its manager left. It would be demolished in November, 1966.