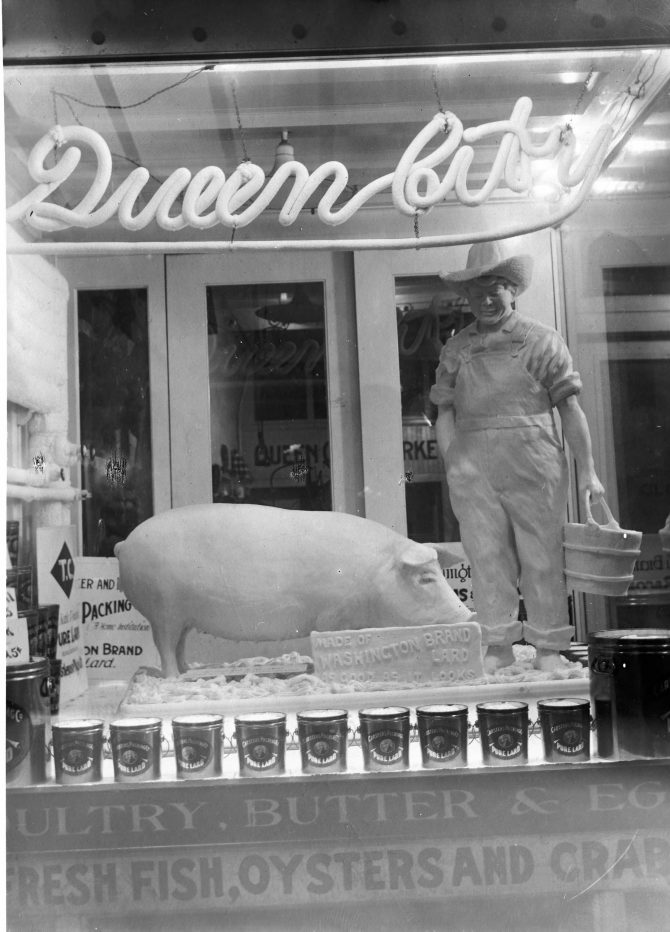 An eye-catching pig and his master, made of Washington lard, occupied one of the display windows of the Queen City Market, 1115 Broadway, circa 1915. The lard appears to have come from the Carstens Packing Co., local meat packers. The Queen City Market had opened in March of 1914 in the lower level of a three story building next door to the Horgan-Parker department store. They offered for sale a wide variety of fresh fish, poultry, butter, eggs, and assorted groceries.