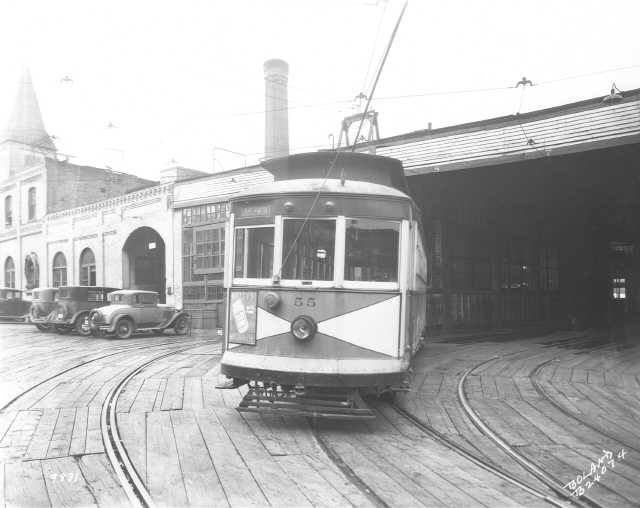 In September, 1931, the Larchmont streetcar was photographed as it pulled out of the car barn at 13th and A Streets. The Railway's powerhouse's 75 foot smokestack can be seen in the center of the picture. When erected, it was the largest iron stack in the Northwest and one of the largest in the world, at 75 feet high and 5 feet in diameter. The power plant was vital in the change from horse drawn and steam driven streetcars to electric ones. The powerhouse was gutted by fire in February of 1950. Northwest Room Images, Boland http://goo.gl/4ae6opens a new window9yopens a new window