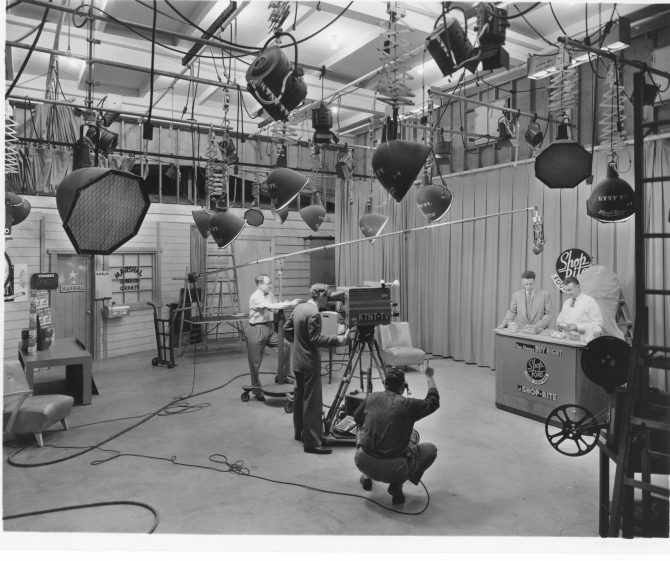 In January of 1955, announcer Bob Gleason (left) and an unidentified butcher stood behind a counter on the Shop Rite Food Centers set in the KTNT studio while the production staff broadcast a live commercial into Tacoma's homes. Bob Gleason was the program director of KTNT- Channel 11's noontime homemaker's show. To the far left is the set for Marshall Clink-a-long-Clack-a-ty, television's first robot lawman. The robot debuted in 1954 as Marshal of Mechanical City. The robot was made up of dials, batteries & flashing lights and introduced cartoons and kids' movies. When KTNT, owned by the Tacoma News Tribune, went on the air in 1952, they were the second station to take to the airwaves in the Pacific Northwest.