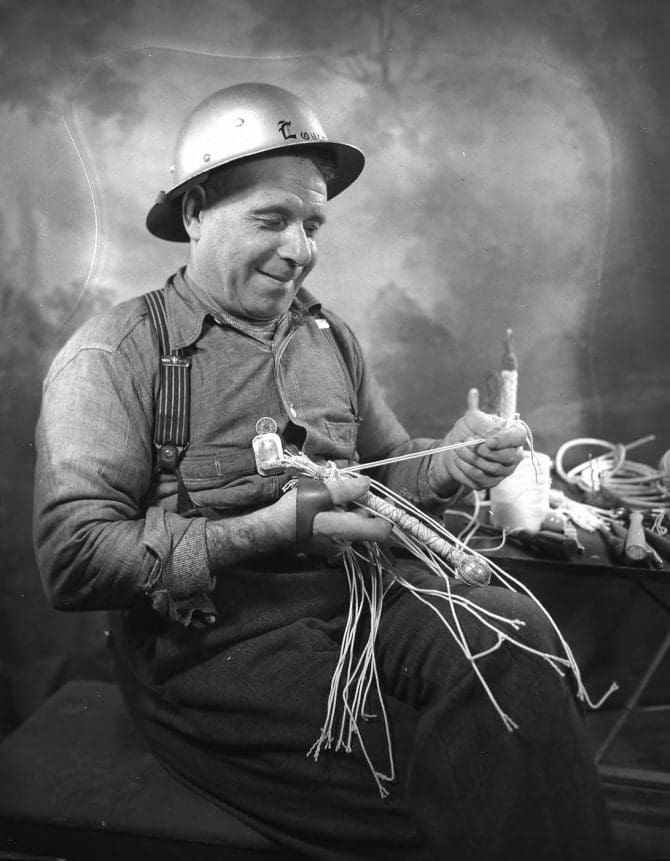 In January of 1943, Gust Lewis Formuzis used the rope tying skills that he had acquired in over 25 years at sea to create handmade bell ropes for the ships built at the Todd Shipyard. Mr. Formuzis, of Greek heritage, had served in both the U.S. Coast Guard and the U.S. Navy before settling in Tacoma. From 1927 until 1941 he operated a fish market on K Street. He died April 17, 1959.