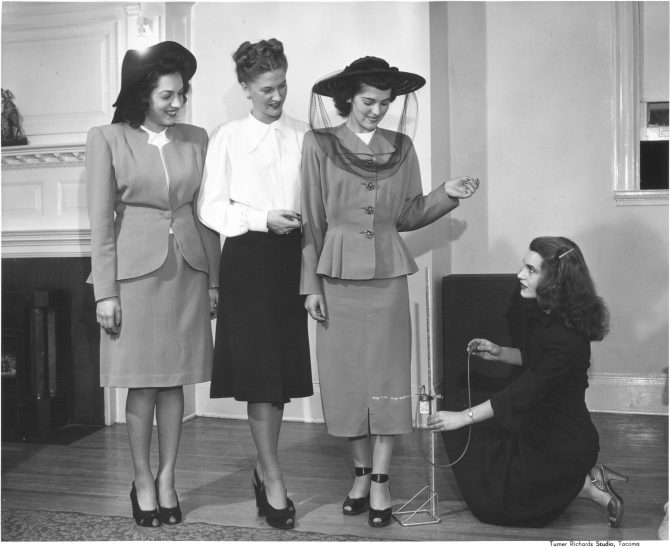 Three unidentified women stand side-by-side while a fourth woman uses a hem marker to mark the skirt worn by one of the women for shortening. Tacoma women formed the "Just Below the Knee Club" in September of 1947 to battle the fashion industry's move to longer skirts. Members of the club felt that the new, longer skirts were a waste of money, and dangerous. On September 13, they sent a group of protesters to march in the Puyallup Fair opening day parade. All "L.B.K." members were asked to refrain from buying any coats, skirts or dresses of the new, longer length. goo.gl/y1DDBc