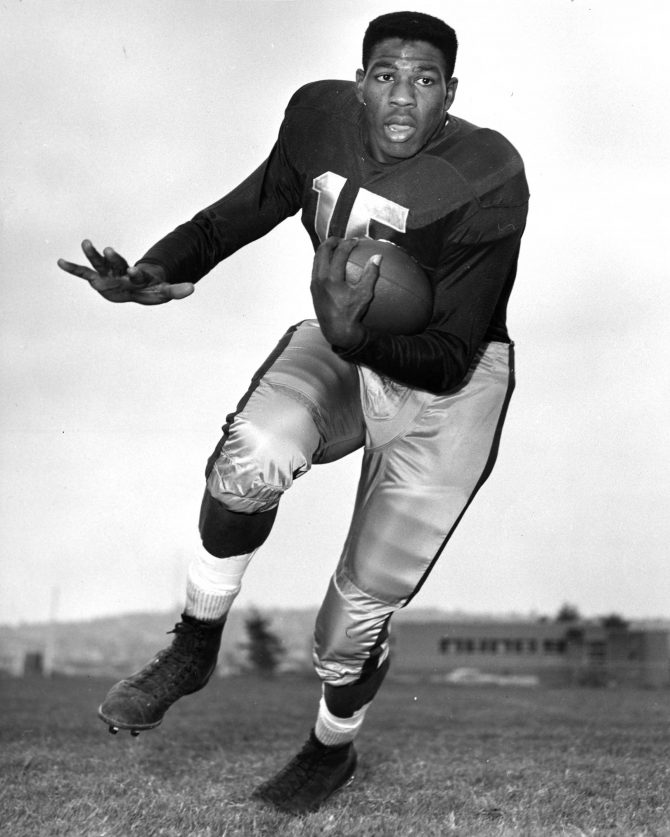 Jim Jones - Husky Star - ex-Lincoln High star leads at UW in rushing. The 6'1", 195-pounder was an all-state fullback from Tacoma's Lincoln High School. At the time of this September 27, 1955 photograph, he led the Huskies in rushing with 133 yards in two games. James Ray Jones played both offense and defense under coaches John Cherberg, Darrell Royal and Jim Owens. He became co-captain in 1957 and was named Associated Press Back of the Week in UW's upset win over Oregon State that year, churning out 98 yards on 15 carries and also turning out 14 tackles. The All-Coast fullback was invited to play with the College All-Stars against the Detroit Lions in Chicago in August of 1958. He had already been drafted in the third round by the Los Angeles Rams. Mr. Jones would later play with the Columbia Lion professional football team from Vancouver, B.C. He died in a scuba-diving accident near Seattle in October of 1982, at the age of 47.