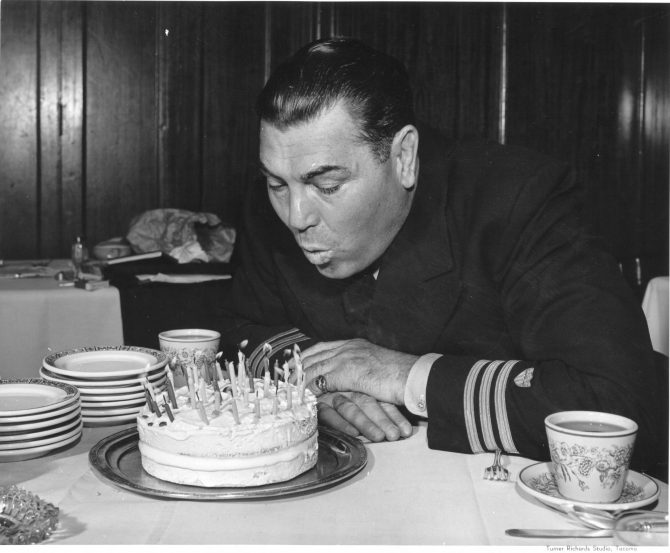 William Harrison "Jack" Dempsey celebrated his 49th birthday while visiting Tacoma in support of the 5th War Bond drive. The guest of honor at a dinner held at the Hotel Winthrop, Dempsey was surprised by the appearance of a cake since he had not mentioned it was his birthday. He blew out all 49 candles with one breath. On June 24 and 25, 1944, the former heavyweight champ made several appearances in Tacoma including a stop at the Todd Pacific Shipbuilding yard on the Tideflats and a visit to Point Defiance. Dempsey was a Lt. Commander in the U.S. Coast Guard at the time of his 1944 visit.