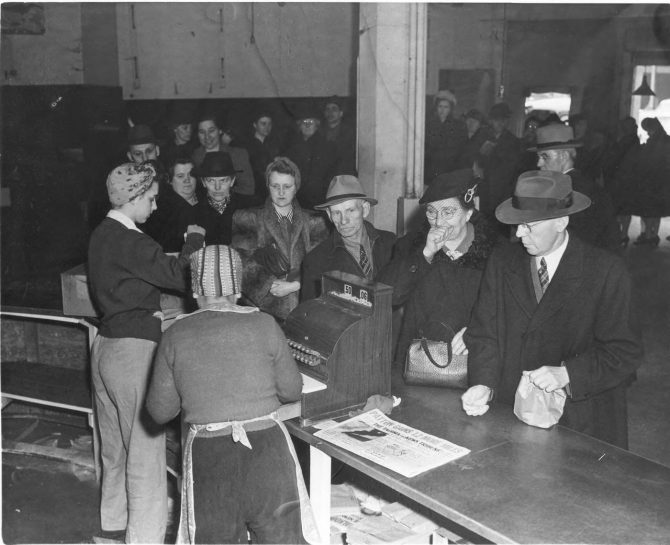 Butter was in short supply in Tacoma in March of 1943. As soon as word leaked out that a merchant had received a shipment of butter, long lines of customers began to form. Two unidentified clerks behind the counter of one of the merchants in the Crystal Palace Market at 1101 Market Street had plenty of customers for their supply of butter on March 19th, within hours it had been snapped up. The unidentified man at the counter (far right) has just paid the clerk next to the cash register 56 cents, including 3 cents for a copy of that day's Tacoma News Tribune. The banner headline on the paper reads "Patton Gains 12 More Miles."