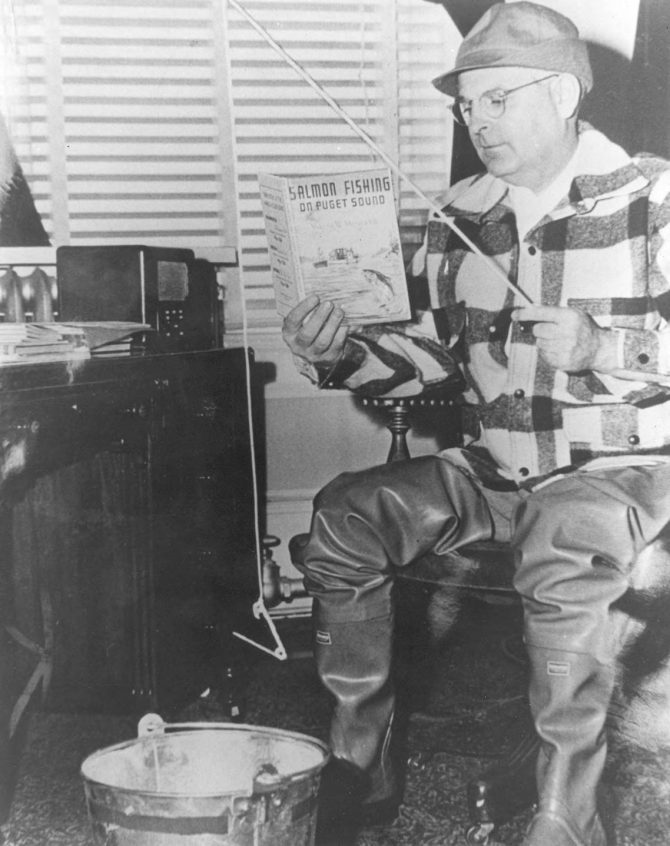 On August 28, 1947 C.V. Fawcett, the current Mayor of Tacoma and the reigning Pacific Coast Mayors' Salmon Derby champion, squeezed in a few extra minutes of practice for the upcoming competition in his City Hall office. The mayor had barely a moment to spare as the derby was scheduled to take place on Saturday, August 30th in Ilwaco. Dressed in fisherman's waders and a warm plaid jacket, Mr. Fawcett was photographed diligently studying the book "Salmon Fishing on Puget Sound" while dangling his (un-baited) hook over a metal bucket. He hoped to repeat his triumph of the previous year when he hauled in a 22-pound salmon, handily defeating mayors from California, Portland and other Pacific Coast cities. And should people scoff at the mayor's unusual bucket training, it must be stated that he had employed the same technique the year he won. Mayor Fawcett managed to pull in a 25 lb. fish, winning the 1947 derby.