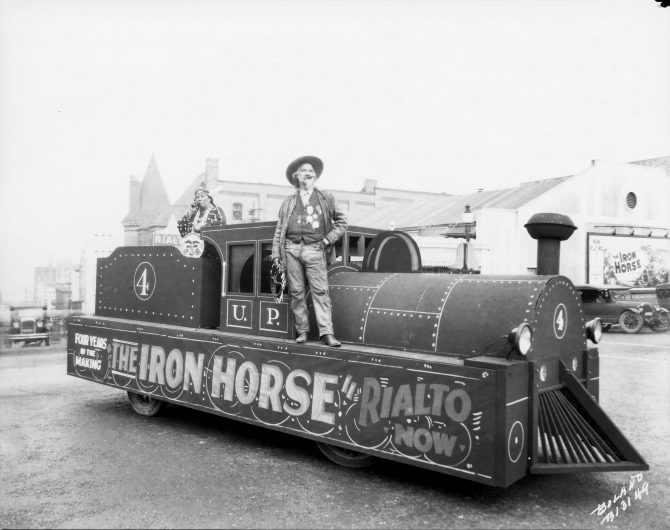 John Ford western, "The Iron Horse." was showing at the Rialto Theatre in August of 1925. To help promote the movie, which took four years to make, the theater arranged for this Union Pacific "locomotive" to appear in Tacoma with 84-year-old famed Indian scout and interpreter Col. Alfred L. Chapman and his Chippewa wife, Princess Naggousaqua. Col. Chapman was present when the last spike was driven connecting the Central Pacific and Union Pacific lines. He also was instrumental in securing the services of some 800 Native Americans for the film and aided in the direction of an important movie scene. The "Iron Horse" dealt with the trials and tribulations of construction of the Union Pacific and Central Pacific railways to the west. It starred George O'Brien and Madge Bellamy and could be seen for a mere 50 cents for adults and a dime for children.