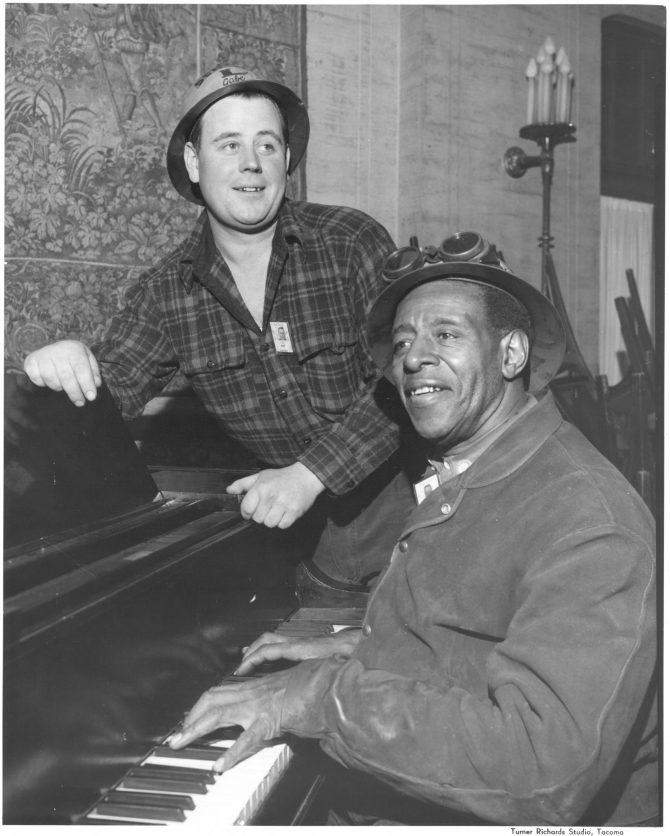 Bill Edwards plays the piano for Irish tenor Gabe Keith in this photograph from January 1944. Edwards and Keith were two of the performers in a series of shows put on by the employees of the Seattle-Tacoma Ship Building Corp. to support the Fourth War Loan drive. Although most of their performances were to entertain their fellow workers during lunch periods for the first and second shift, they were also invited to perform for the Young Men's Business Club at the Hotel Winthrop.