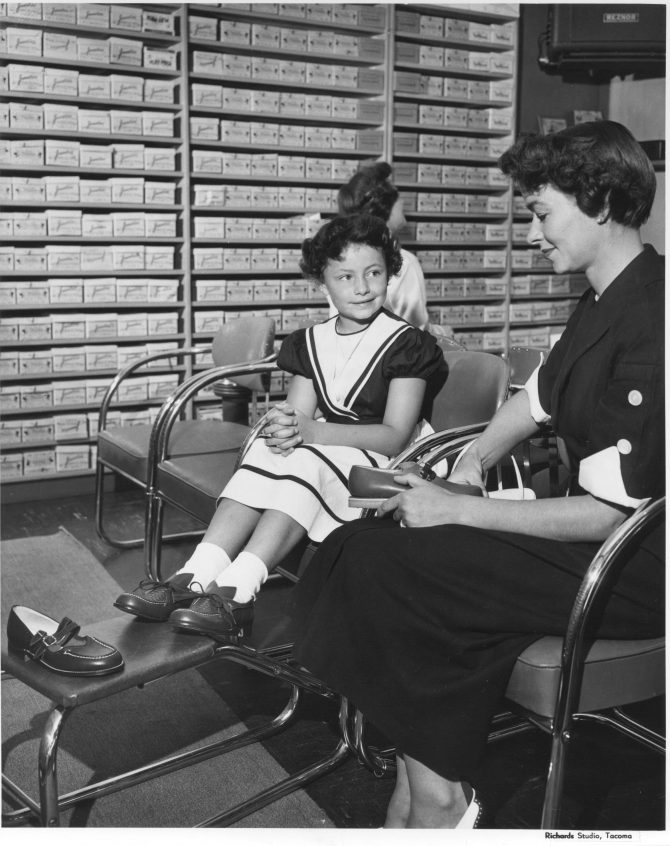 As summer came to an end in late August of 1950, it was time to get new shoes for school. Dede Carstens and her mother, Mrs. Thomas Carstens, went to Spellman's Buster Brown Shoe Store at 1122-28 Broadway. Buster Brown Shoes had opened their store in the David Gross Block building in 1924. In the late 1930s, it became Spellman's, owned and managed by William and Joseph Spellman. Spellman's Shoe Store closed on Broadway around 1966.