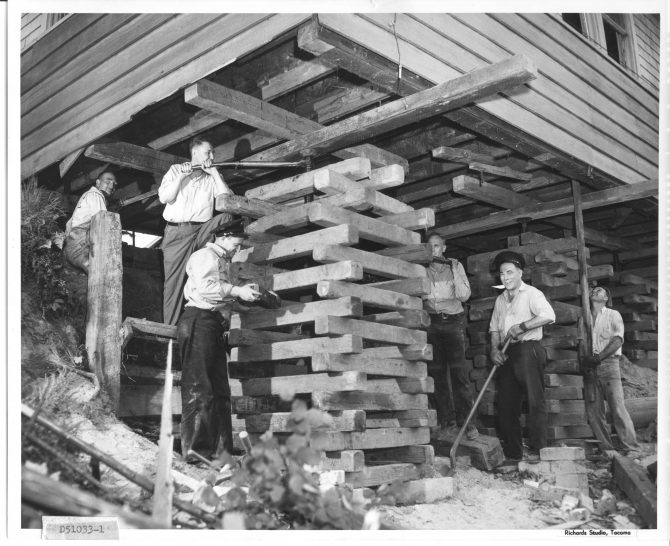 Tacoma Firemen are shown preparing to move an old city building that will be used to demonstrate their firefighting skills at the Tacoma Fourth of July show in 1950. The old four-room wood frame house was lifted off its foundation, and put on a barge that was towed into the middle of Commencement Bay. Once the house was ignited, the firemen use the cities fireboat to fight the fire. The blaze was assisted by a number of drums of diesel oil.