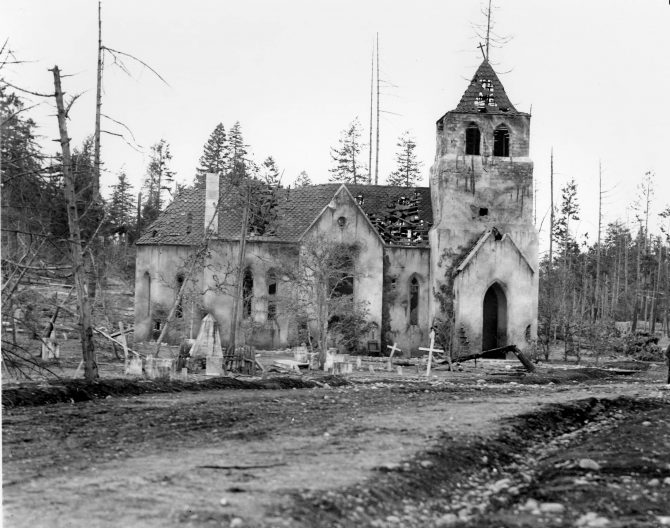 Shell damaged cathedral on set of "The Patent Leather Kid" located at Camp (Fort) Lewis; photographed on April 14, 1927. Desperate German soldiers would hole up in the church that they had attempted to previously destroy. American troops and massive tanks would rout the enemy from the church cemetery although suffering losses by sniper fire from the belfry. Star Richard Barthelmess would kill his nemesis, German General Lucien Prival by bayonet at this location. The cathedral would be blown up by dynamite at the movie's end.