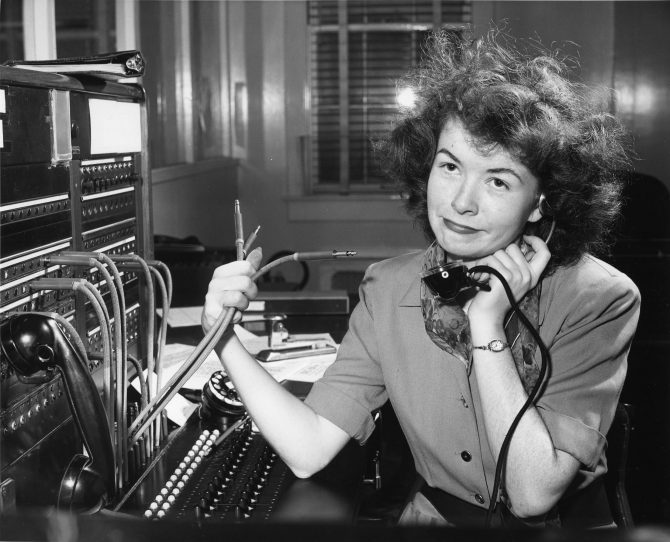 Her hair in disarray, a harried phone operator at Permanente Metals listens to one of many calls to the big plant at 3400 Taylor Way on February 9, 1949. Permanente, producers of Kaiser Aluminum, ran round-the-clock operations to keep up with the heavy demand by industry and the military for aluminum. Opened in Tacoma in 1947 as one of three big plants in Washington State, the company was the third largest producer of aluminum in the nation, exceeding over 20% of national production.