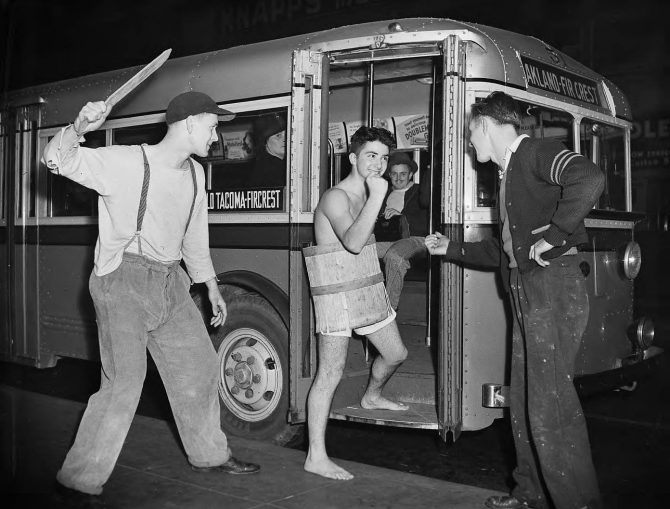 Although threatened with both humiliation and physical harm by his fraternity brothers, Herman Kleiner survived "Hell Night" at the College of Puget Sound and became a member of Delta Kappa Phi. In this photograph from December of 1939, Johnnie Esthen (left) and Norman Burke force young Mr. Kleiner to board a Tacoma bus dressed in little more than a barrel.