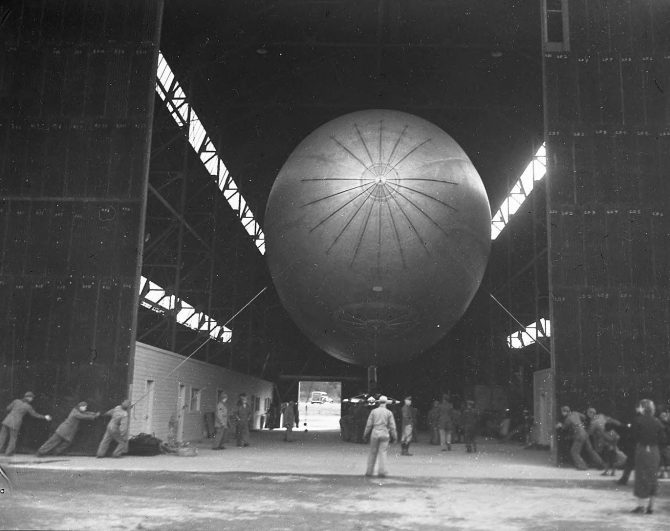 This photograph from March 1938 shows the crew members of the 3rd Balloon Company at Fort Lewis struggling with ropes to position a helium filled blimp in its specially constructed hanger. Considered the latest in observation balloons, it was equipped with a manned, motorized undercarriage that held both a pilot and co-pilot. The 105 foot long blimp could attain a top speed of 40 miles per hour.