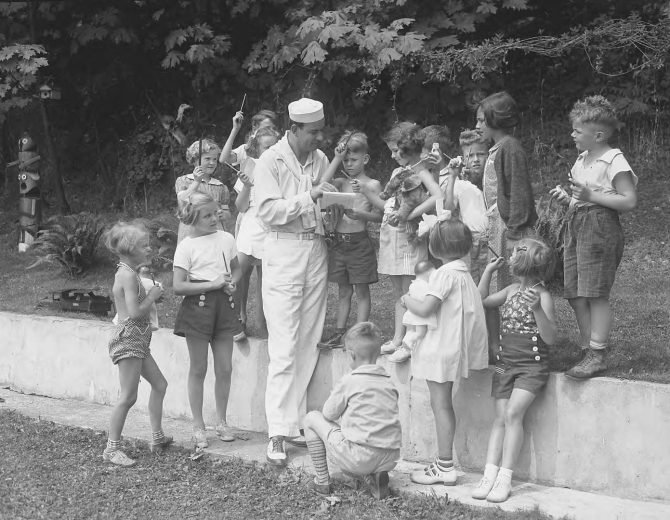 In July of 1938, Harlan McCoy was surrounded by children clamoring for his autograph when he visited Vashon Island. The kids didn't care that he was a radio and opera star, or that he had appeared in the movies. They gathered when they learned that he claimed to be one of the voices used for "Grumpy" in Walt Disney's "Snow White. Mr. McCoy was due back at the Disney Studios in August to dub the new feature "Pinocchio" in French and Spanish. The son of a pioneer Tacoma family, Mr. McCoy was visiting at the home of Helen McAnally on Magnolia Beach, Vashon Island. The 6' 4" baritone had an extensive concert career in Europe (where he performed as Luigi Orlando) and the US, as well as appearing in the feature films "Mr. Deeds Goes to Town" "Naughty Marietta" and "Rose Marie."