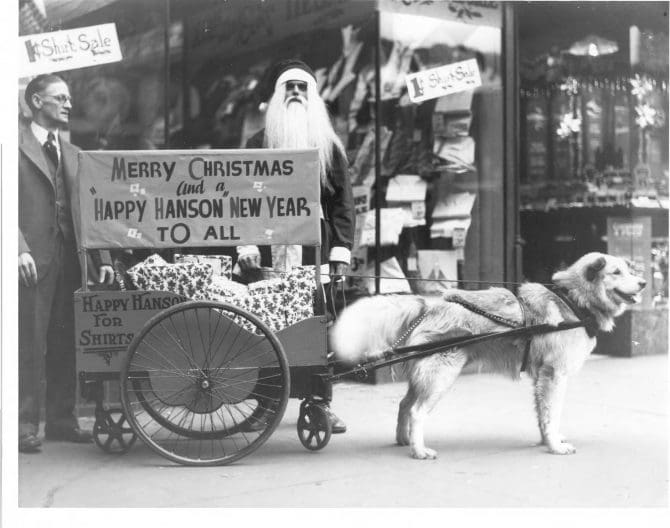 Hanson's Jewelry Store, located in the Fidelity Building at 11th & Broadway, was a downtown landmark in the 1920s and 1930s. Arriving in Tacoma from the Midwest in 1909 after an apprenticeship as a watchmaker, Herbert O. Hanson opened his own jewelry store in 1921. Hanson operated the shop until retirement in 1939, when Clarence Magnussen took over operation of the popular Hanson's. Judging by this photograph taken about 1925, "Happy Hanson" also specialized in shirts. Merry Christmas and a Happy Hanson New Year to All!