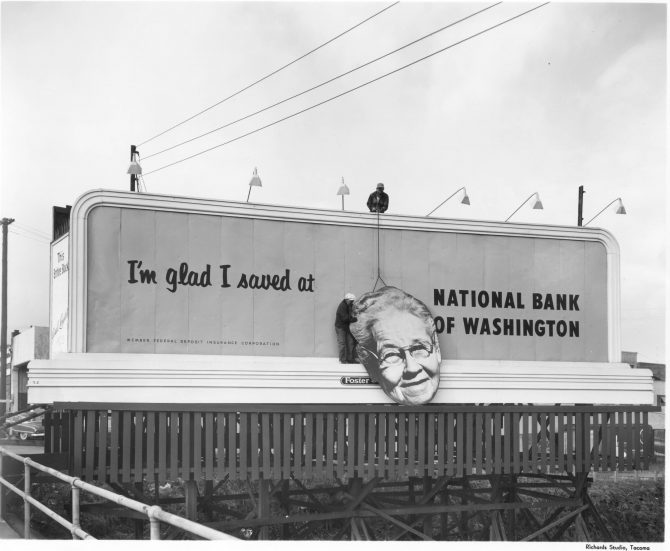 In January of 1953, workers got a good grip on the giant cutout of a woman's head as they prepared to hoist it into place on the Foster & Kleiser billboard at Puyallup and Winthrop Avenues. The giant cutout was intended to focus the passerby's attention on the virtues of saving at the National Bank of Washington which began business in Tacoma in 1885 as the Pacific National Bank.