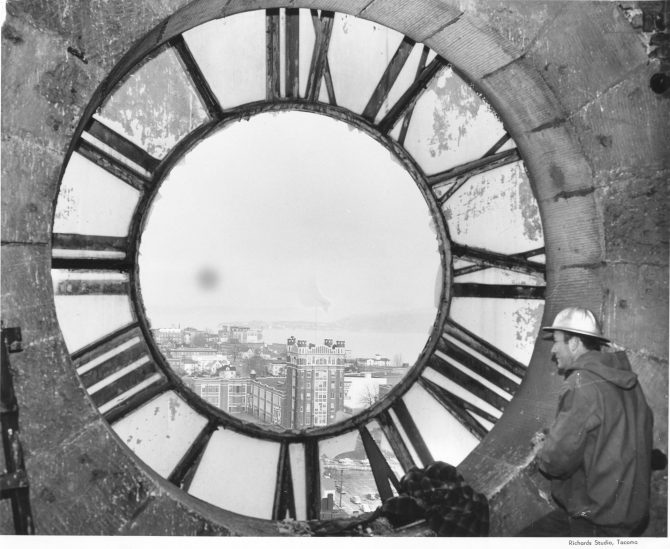 In late November 1949 workers dismantled the upper 27 feet of the Pierce County Courthouse tower which had been severely damaged in the earthquake of April 13, 1949. The open part of the topmost part of the tower was taken down stone by stone, lowered to the ground with a specially built exterior elevator, and the stone was hauled away. This view from inside the tower, through the broken face of the clock once housed there, looks across Central School and downtown Tacoma towards Commencement Bay and Browns Point. The clock had a 10-foot face and the glass cover was about 3/8" thick.