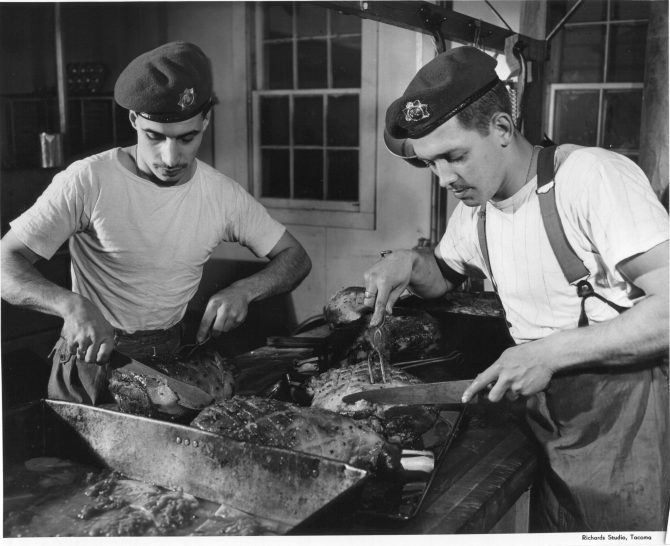 Two of the Canadian troops at Fort Lewis wear berets while they carve several hams on November 24, 1950. The main body of the 25th Canadian infantry brigade and the Canadian Army's Special Force came to Tacoma aboard troop trains starting in October 1950. The troops, all volunteers, were scheduled to stay at Fort Lewis through the winter barring an assignment by the United Nations. The 2nd battalion of the Princess Patricias, a Calgary-based Canadian light infantry outfit of 900 men, were scheduled for overseas departure late in November. The unit continued its training at Fort Lewis before leaving for Korean duty.