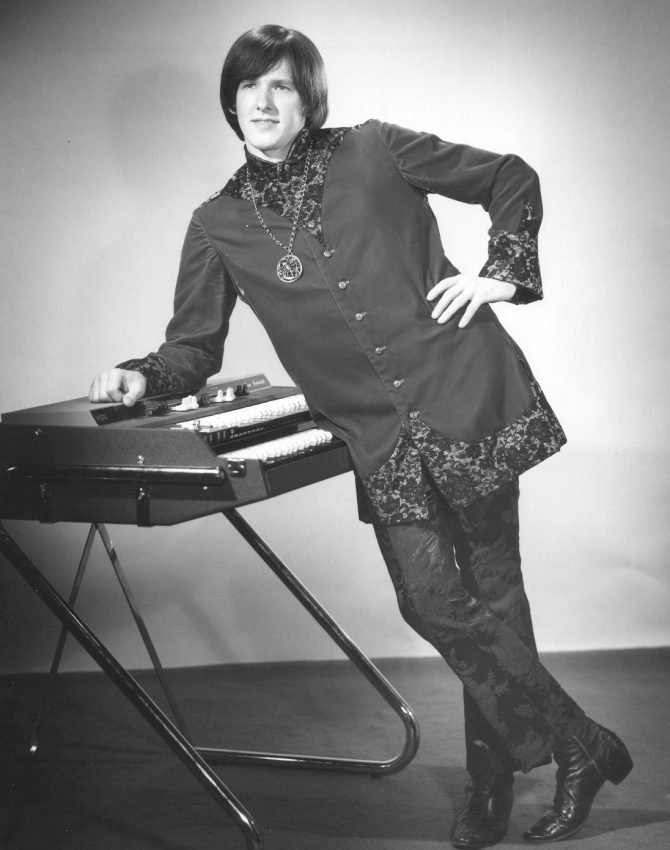 Gerald Roslie posed on September 26, 1968, casually leaning on his Vox Continental electronic organ. He was wearing a Nehru-styled jacket with brocade trim, coordinating brocade slacks, black ankle boots and a scorpion medallion. Billed as the "Gerry Roslie Riot," in September of 1968 he was appearing nightly and on Saturday nights in the newly remodeled Mod Room in Scotty's, 29 Tacoma Avenue North. Roslie had been a member of the local rock group, the Sonics, for a number of years in the early '60s. Although the Sonics played classic songs by Little Richard and Chuck Berry, they were better known for originals "Strychnine," "Witch," and "Psycho," performed at ear-shattering levels. Roslie was the lead singer and keyboardist for several of their biggest hits. goo.gl/8cJd8b