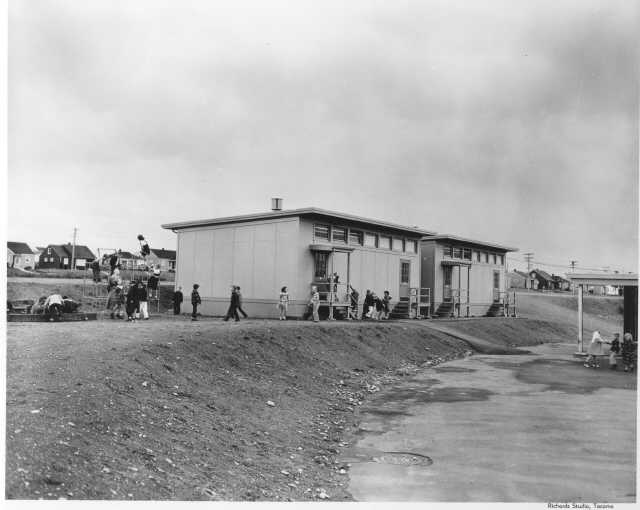 Geiger Elementary was dedicated in November of 1949 and by the time this picture was taken two years later, two portables had been added to provide extra classroom space. The west end school was named after William F. Geiger, who had been District Superintendent for twenty years. NWR, Richards Collection  http://goo.gl/GQps96