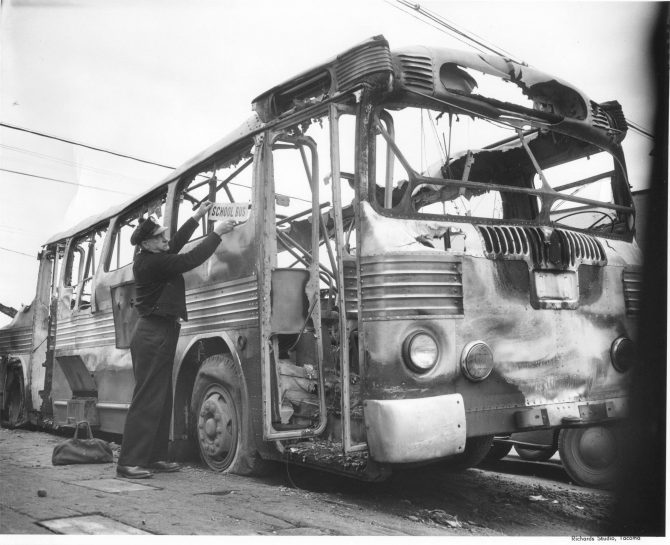 Four Tacoma Transit buses were totally destroyed on February 15, 1950 when a gasoline-fed fire swept through the Transit Company's repair shop at 1301 A Street. The repair shop was located in the historic Tacoma Railway & Motor Company Power House which was built in 1889; it was originally built as the main powerhouse for Tacoma's streetcars. Although the brick walls withstood the heat and flames, the frame interior of the building and the buses inside were a total loss. Today the site of the old Transit building is occupied by the Columbia Bank Center which was built in 2001. Pictured above removing a "school bus" sign from one of the destroyed buses is Herbert "Herb" Emerick. His primary bus route was "Old Tacoma," which was also the area he lived in with his wife, Ida Strubstad Emerick. "Herb" Emerick would retire from Tacoma Transit and pass away in 1955.