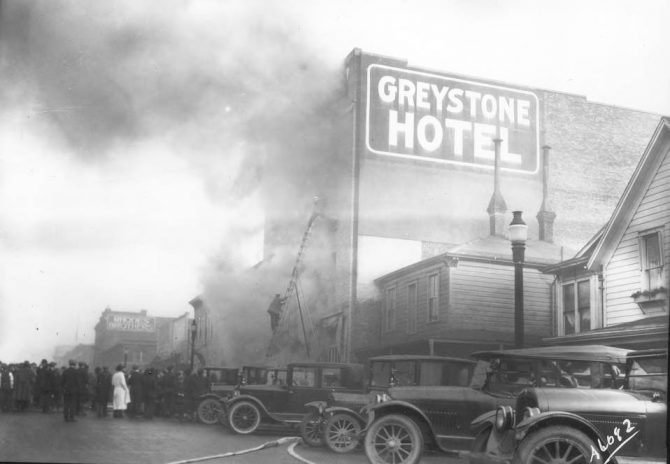 At around 9 a.m. on Saturday, February 23, 1924, an explosion in the Stone-Fisher Co. machine shop or garage at 1115-17 Market Street sparked one of the largest fires that Tacoma had seen in years. Traffic was blocked and electric power was shut off as all of Tacoma's fire companies were called to battle the 3 alarm blaze. The five story brick building was occupied by the Greystone Hotel and a garage, machine shop and warehouse used by owner Stone-Fisher Co. The building was gutted, sustaining over $150,000 in damage and leaving the 60 guests at the hotel homeless.