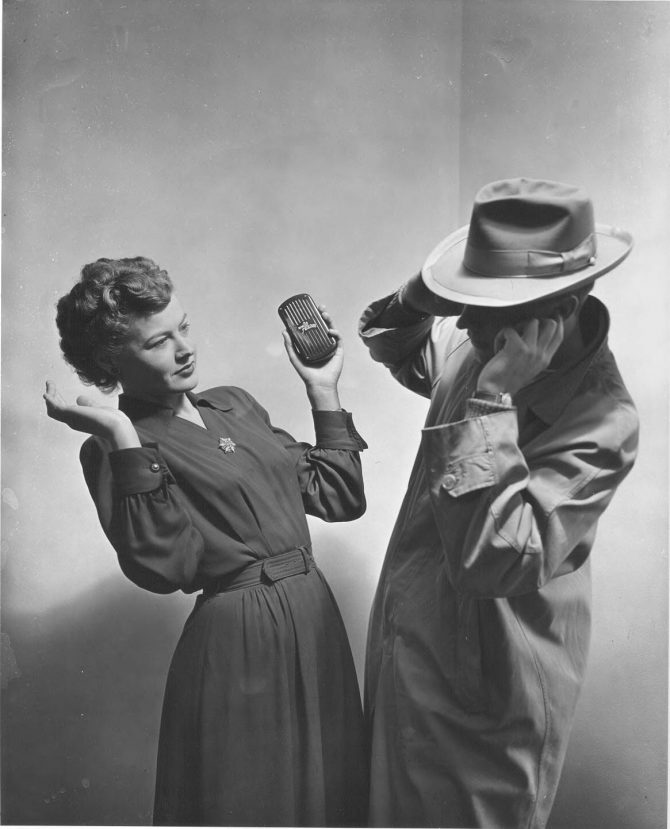 In February of 1949, any woman in Tacoma who felt threatened could protect herself by setting off her hand-held personal alarm. Mrs. Donna Younger and Henry Sandahl, both employees of Fraser's, 912 Broadway, demonstrated the new alarm that would scare the daylights out of law-abiding citizens let alone one who was on the prowl. The alarm, which was sold at Fraser's, was small, made of plastic, and when turned on it would set up a siren-like howl that could not be shut off. A woman could carry the alarm in her purse and set it off when danger came near. A special key was used to rewind the alarm.