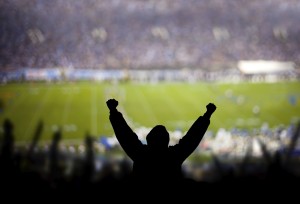 Even if you're not the world’s biggest football fan, it's fun to jump on the bandwagon in January and pick a team to root for in hopes that they will win the Super Bowl. Whether or not you are a diehard fan or a casual observer, we recommend preparing for the big game by watching these movies that capture the excitement of the game and pack it with an emotional punch!