We will be closed for Staff In-Service Day on Friday, Sept. 25. TPL To Go, phone reference, and other services will be unavailable. 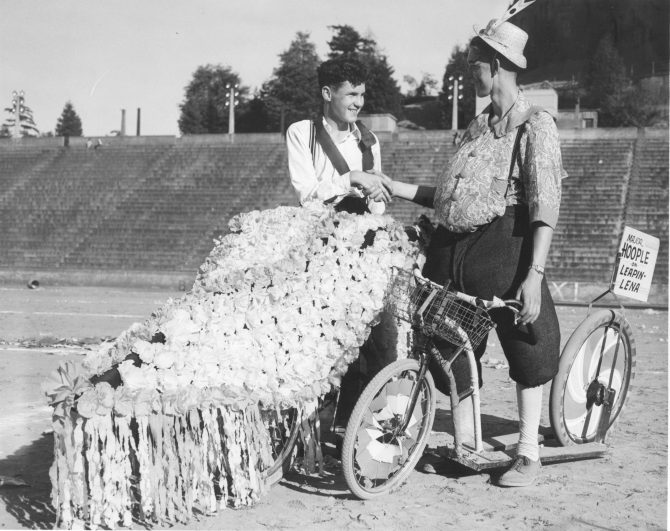 First Annual Bicycle Race Meet and Parade held August 5, 1938 at the Stadium Bowl. "Major Hoople" on "Leaping Lena" shaking hands with a boy on another decorated bike, most resembling a Daffodil Parade float. Major Amos B. Hoople was the cartoon star of the newspaper comic "Our Boarding House," created in 1921 by Gene Ahern. Hoople was a long winded stuffed shirt, usually identified by his overflowing midsection. The comic strip took place in Martha Hoople's boarding house and ran for six decades. The boys are tentatively identified as William Kennedy and Albert Dock.