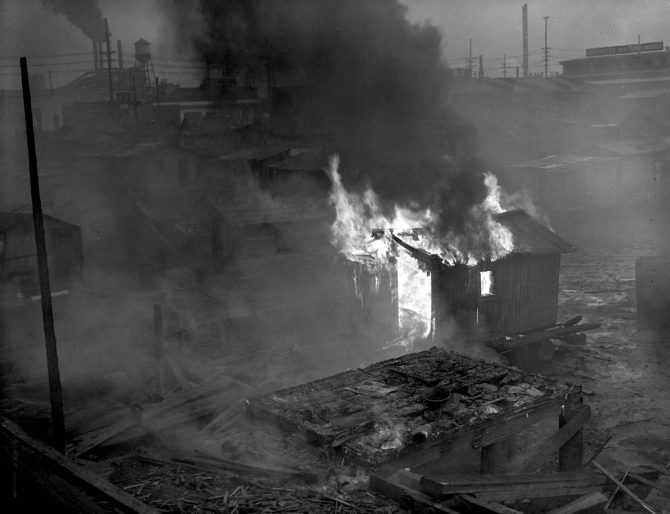 On May 20, 1942, the Tacoma Fire Department, under the direction of the Coast Guard, razed the shanties located in a six block area on the Tacoma Tideflats. The area, known as "Hollywood on the Tideflats" was being destroyed as a wartime security measure for the industries located there. The 50 or so shacks began as a Depression era "Hooverville." They were constructed from scrap lumber and materials by people who had lost their homes and livelihoods.