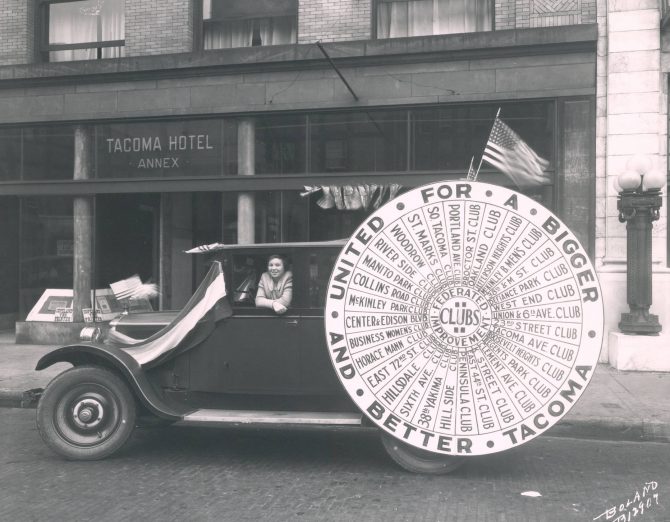 The Federated Improvement Clubs were "United for a Bigger and Better Tacoma" according to their entry in the 1925 Fourth of July parade. These clubs sought to not only improve their own neighborhoods but to boost the city as a whole. Clubs included the Union & 6th Ave. Club, Clement Ave. Club, Portland Ave. Club, and others throughout the city. Their vehicle, accompanied by a large wheel listing 32 clubs, was parked outside the Tacoma Hotel Annex.