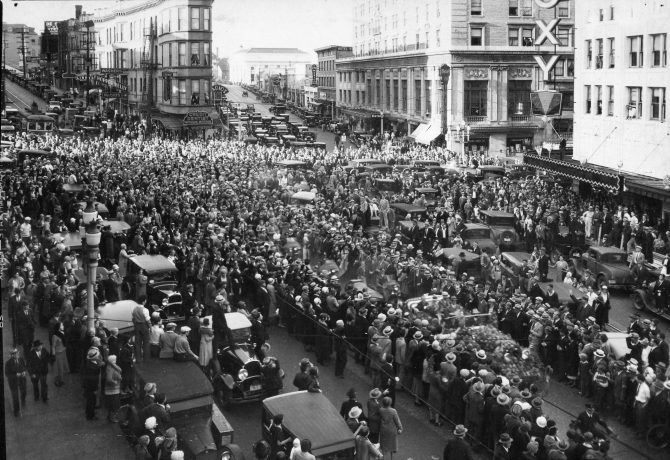 This is what 9th and Broadway looked like in the late afternoon of September 20, 1932, as throngs of people strained to catch a glimpse of presidential candidate Franklin Delano Roosevelt. The democratic candidate's open vehicle can be seen in the midst of the crowd, led and followed by motorcycle police. Mr. Roosevelt had just concluded a speech to an audience of thousands at the Puyallup Fairgrounds. His motorcade arrived in Tacoma about a half-hour earlier than expected, so hundreds missed their chance to see him swing through the streets of downtown Tacoma. goo.gl/VwaOEJ