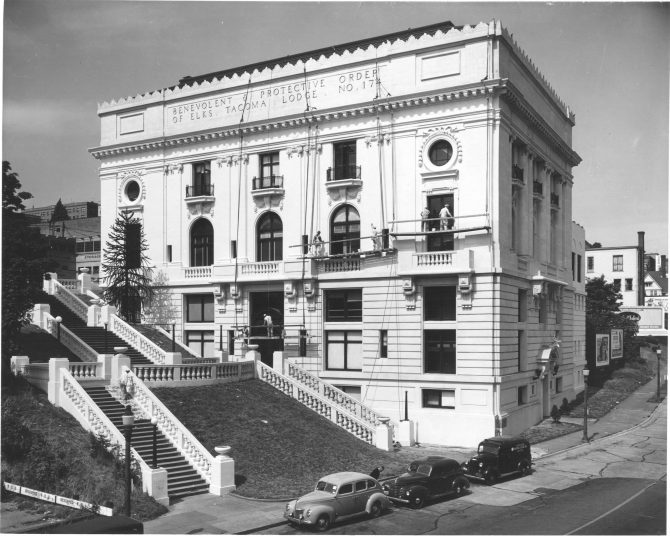 Three two-man crews of painters work from platforms suspended on the south wall of the Elks Temple, 565 Broadway, in August of 1947. The temple, dedicated on February 22, 1916, was designed by E. Frere Champney. The staircase next to the building, that connects Broadway with Commerce St., is known as the Spanish steps, and was intended to serve as a fire escape for the building.