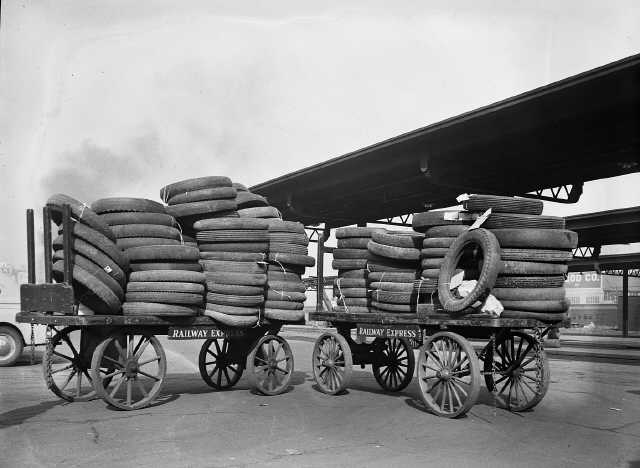 In October of 1942, the U.S. Government began collecting all "excess" tires. By order of the Office of Price Administration, all motorists were required to sell or give to the government all tires they had in excess of five. The Railway Express agencies at the nation's railroad stations (here at Union Station) collected the tires and sent them to government warehouses. NWR Richards, http://goo.gl/ftUA2y, opens a new window