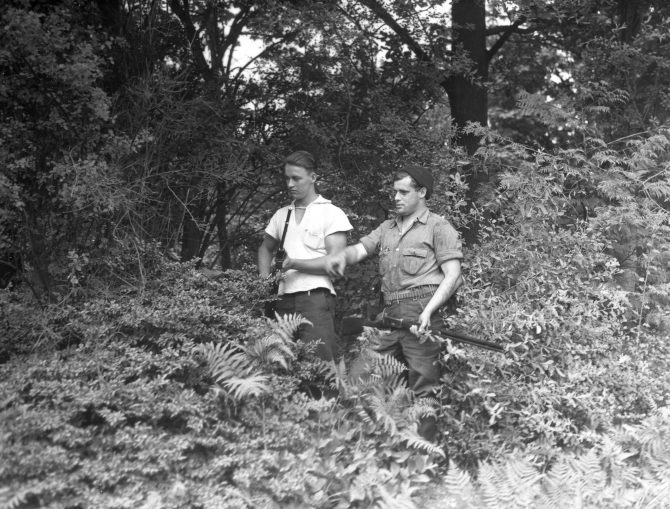 In July 1937, volunteers Howard Bjorklund and "Happy" Logue, with high-powered rifles, tracked a missing grizzly bear through ferns and underbrush in the woods by Point Defiance Park. The two-year-old, 600 pound bear arrived in Tacoma from Yellowstone National Park on July 5th. It had apparently escaped from its cage at the zoo early Tuesday morning, July 13th. The gate to the cage was padlocked and there were no signs of tampering with the cage or gate. Park officials, fearing panic among nearby residents, did not immediately announce the bear's disappearance. Bear tracks were found about one mile from the park's entrance, but the bear was never found.  http://goo.gl/kQcnvw