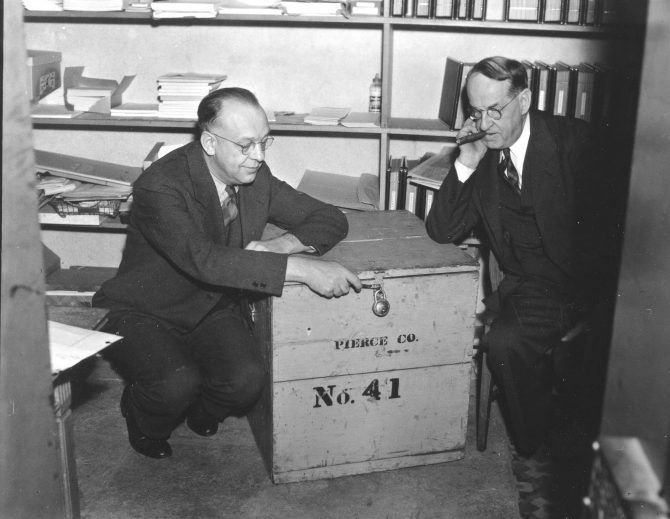 On November 12th, 1940, Auditor S. Clifford Davis, right, and Deputy Auditor Arthur W. Schlegel examined the railroad car seal and padlock on the last of three ballot boxes filled with absentee ballots. These ballots were particularly important because the election of Washington's Governor was hanging in the balance. Guarded from the public by a rail fence but visible to all interested parties, Pierce County Election Board members counted the absentee votes. On November 14th, the last remaining gubernatorial contest in the nation was finally decided when the absentee ballots assured Seattle Mayor Arthur Langlie's election as Governor. He defeated Democrat and former U.S. Senator C. C. Dill of Spokane. Langlie was the only Republican to win a major office in the state that year. The two candidates were separated by roughly 3,000 votes. It was several days before Dill conceded the election.