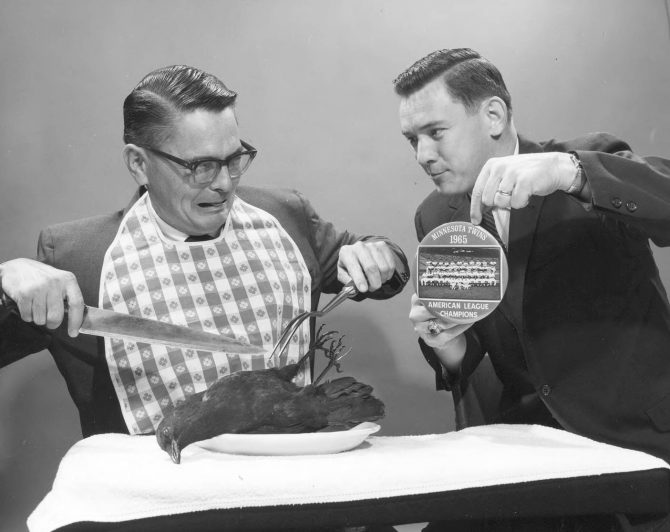 "Eating crow" was never so true as in this October 20, 1965 studio set-up when a diner wearing a colorful bib appears to be ready to chow down on a very dead black crow. His pained look is due to the fact that the Minnesota Twins were proclaimed the 1965 American League champions, a fact pointed out to him by his non-dining friend. The Twins, formerly the Washington Senators, had moved to the Minneapolis/St. Paul area in 1960; the ball club had not won a pennant since the then-Washington based team achieved that feat in 1933.  goo.gl/dsekZ7