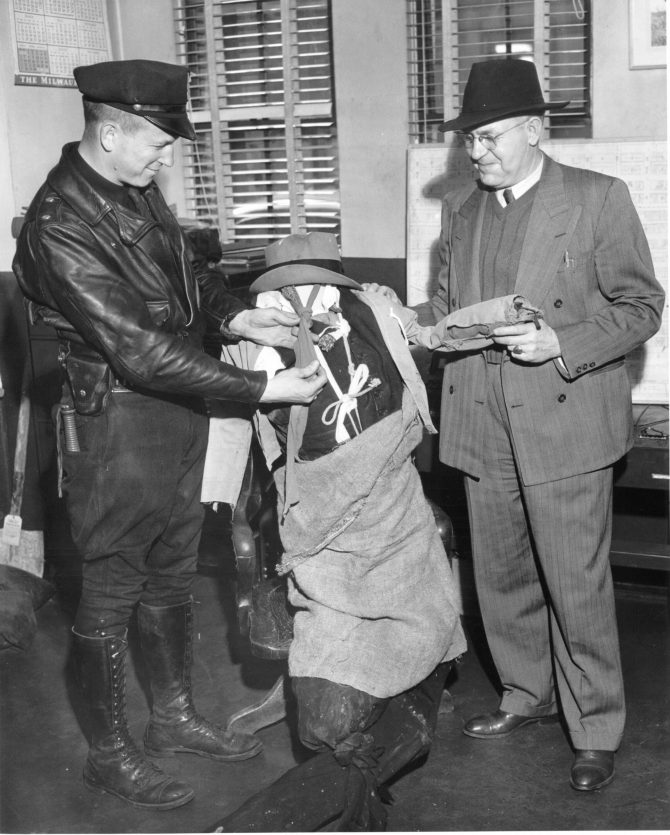 Two unidentified Tacoma police officers, including one who appears to be a motorcycle officer in leather jacket and boots, examine the dummy that was thrown off the 11th Street bridge on February 7, 1940. The "suicide" attempt by "Dummy Doe", the name given to the dummy, was apparently a well-planned prank by several high school students. "Dummy Doe" was placed in solitary confinement at police headquarters in hopes that someone would step forward to claim him.